The tuna bite in May was nothing short of spectacular, with every boat catching a 1,000lb of yellowfin tuna per day, with fish between 60 and 160lbs being caught on poppers and jigs over Hannibal Bank. During April the numerous tuna ignored everything but the millions of pelagic crabs swimming near the surface. The inshore grounds have been very good, with many large cuberra snapper and roosterfish, including this 72lb junior world record claim. May and June usually bring huge numbers of yellowfin tuna between 180 and 400lb that should stay until the second week of July. August and September should bring black marlin up to 800lbs, which last year were accompanied by another run of monster tuna. 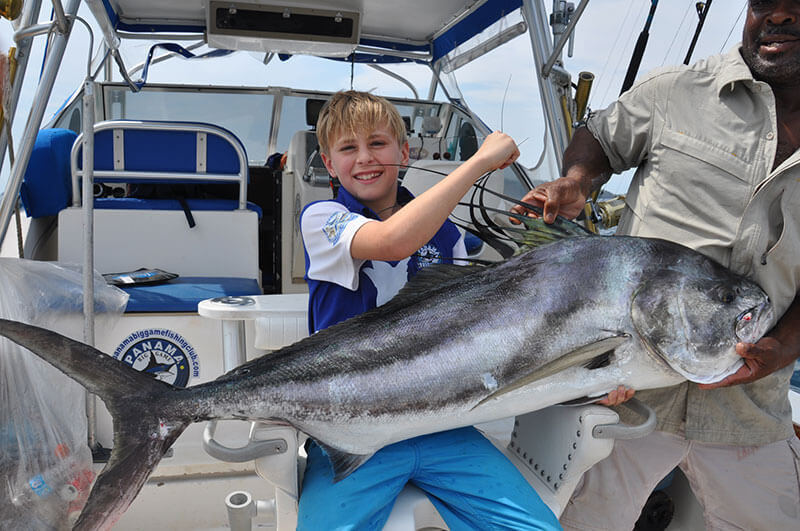