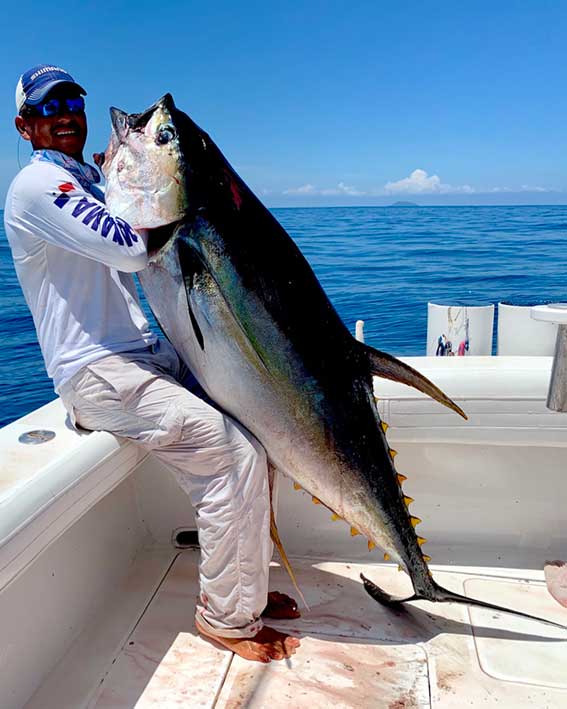 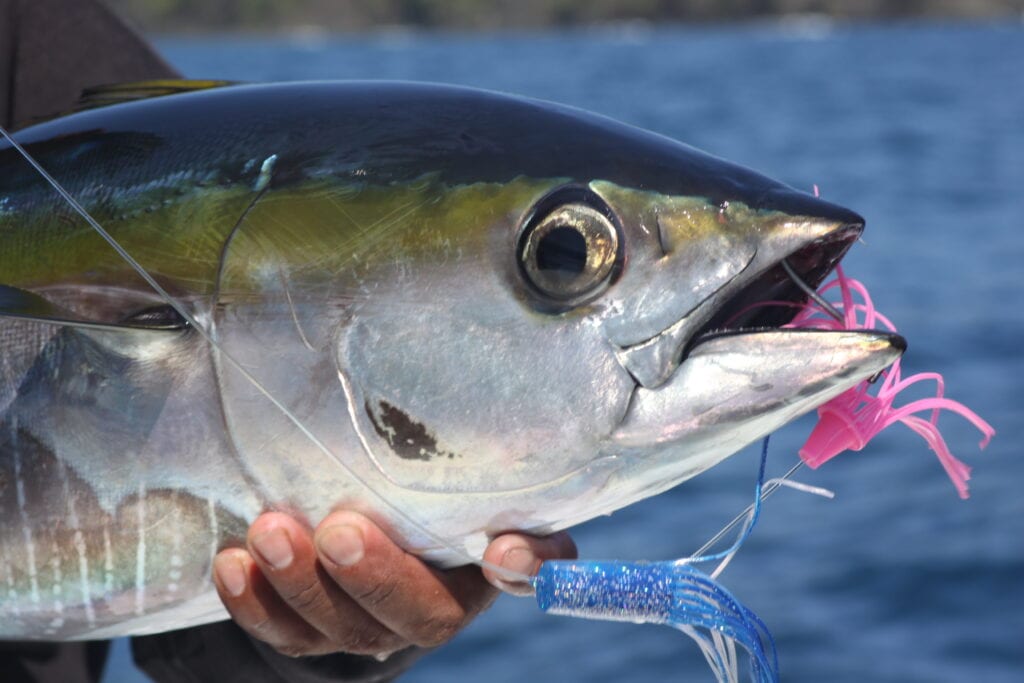 Yellowfin (and the very similar bigeye) tuna are incredibly popular worldwide among sport fishermen. Whether running-and-gunning to throw poppers into breaking schools of 20-pound “bait footballs,” or fishing kite baits for the world’s largest yellowfin (in the 300- to 400-plus-pound range). The current all-tackle world record is 427 pounds, caught off Cabo San Lucas, Mexico, in 2012. 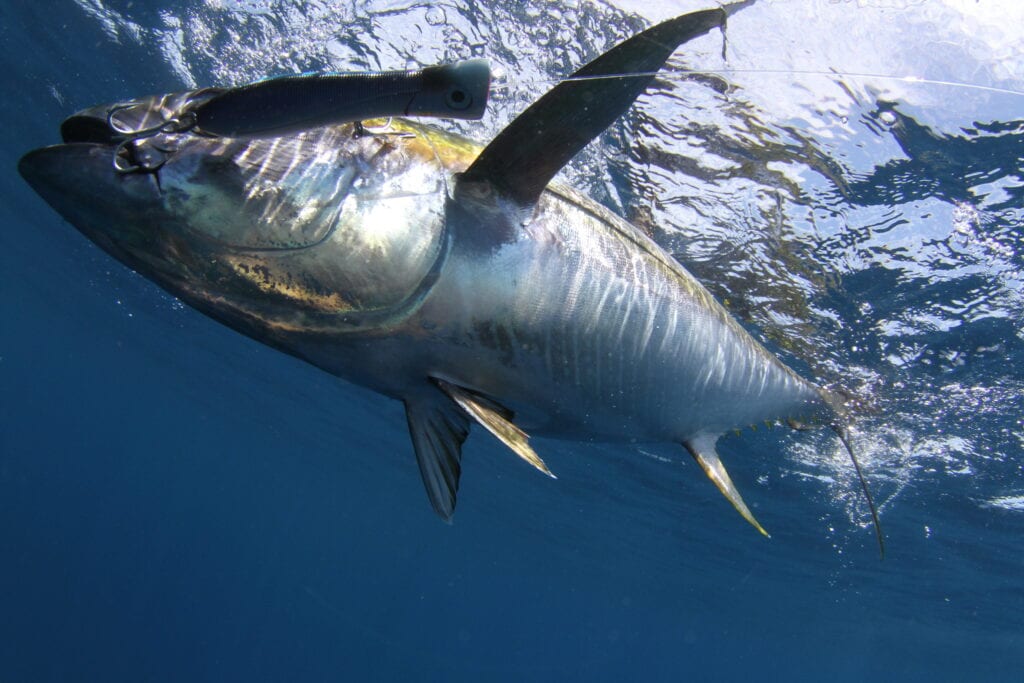 Each year around February massive schools of Yellowfin Tuna start migrating through the Gulf of Chiriqui. They are feeding on spawning  squid, baitfish and Sardines.

Panama Tuna fishing seriously kicks off around mid March as the Tuna appear around Hannibal Bank and Isla Montuosa . Early June the YellowFin season officially peaks. An incredible experience is watching the washing machine action as the Tuna’s wildly feed on bait balls they have pushed to the surface. Panama tuna fishing action can last thru mid August, so there is a good window to experience one of the most exciting fights!

Catching a Tuna relies heavily on the skill of the skipper. Boat handling when approaching boiling Tuna is critical and often misunderstood. Panama Nautical Club uses a number of different methods when fishing tuna in Panama.

Depending on the feeding conditions each method will provide excellent results:

Live bait is rigged on arrival and slow trolled in hoping to gaining interest.  Dolphin are a real nuisance for the crew when hunting tuna as they attack and kill the baits.

Yellowfin tuna is a highly prized catch in the Sport. Many say “pound for pound” Panama Yellowfin Tuna is one of the most challenging catches.

Consider booking a vessel with a fighting chair if you are serious about landing a large 350 lb cow tuna. Our Captains at Panama Nautical Club are all very experienced and passionate about their fishing. If you are planning a Panama Tuna Fishing Trip and need some advice please don’t hesitate to contact us. If you want to talk Panama Tuna Fishing, we can do that all day. 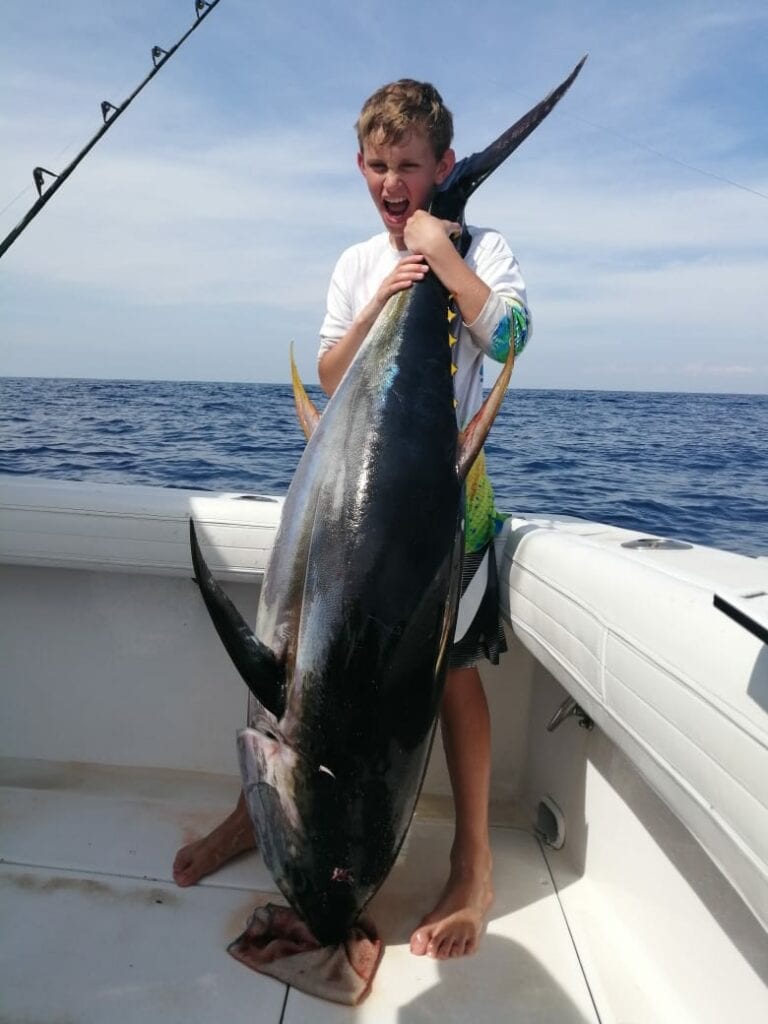 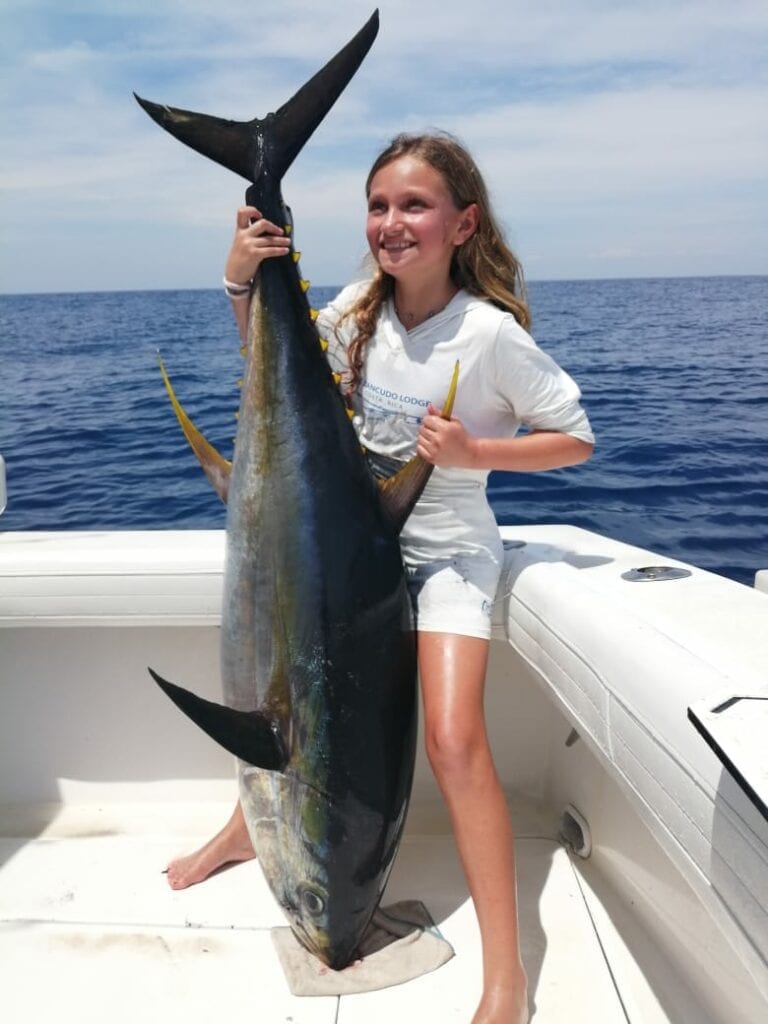 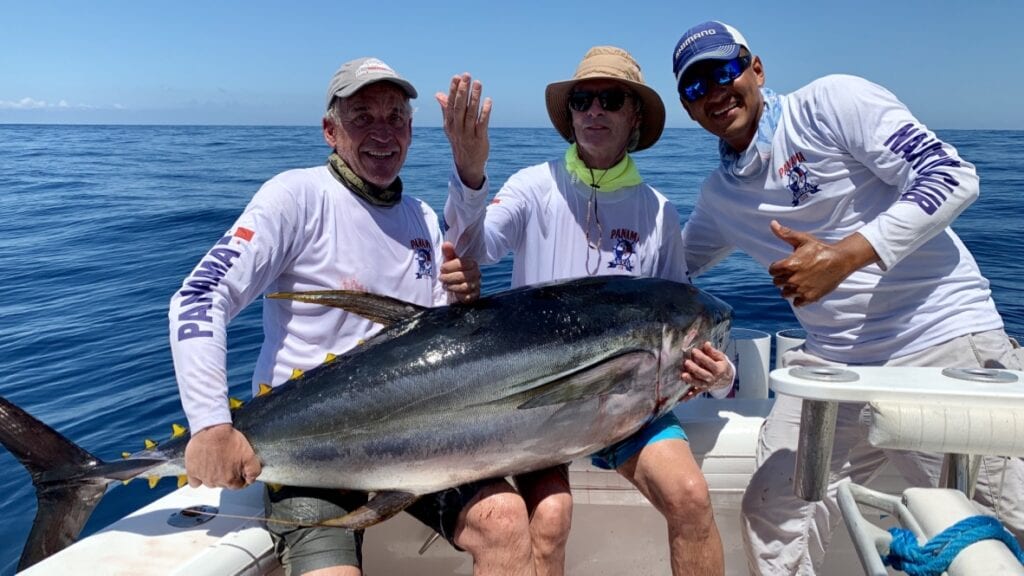 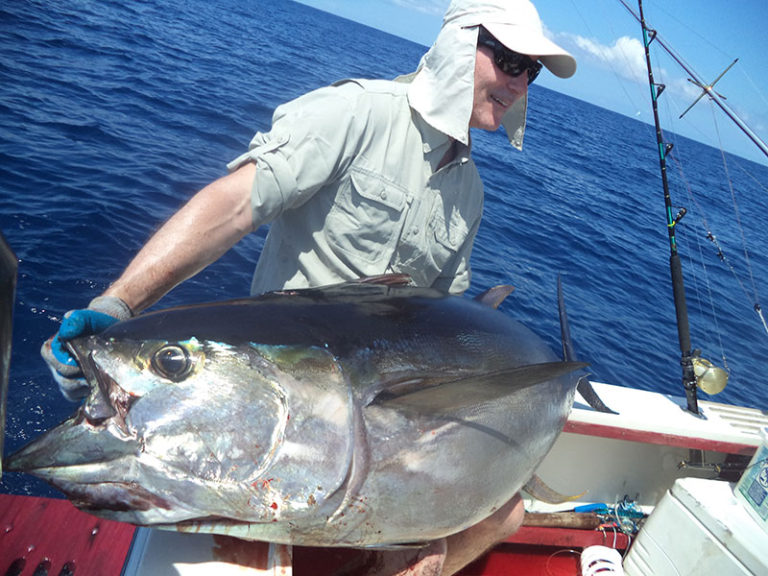 Big Yellowfin Tuna arrive Marlin fishing slowed in late March, but was back to normal in April when the run of yellowfin tuna arrived. Large schools of 50kg tuna, with some to 100kg, are now on Hannibal Bank and are even being caught on poppers. Inshore fishing remains consistent, with cubera snapper and roosterfish the… 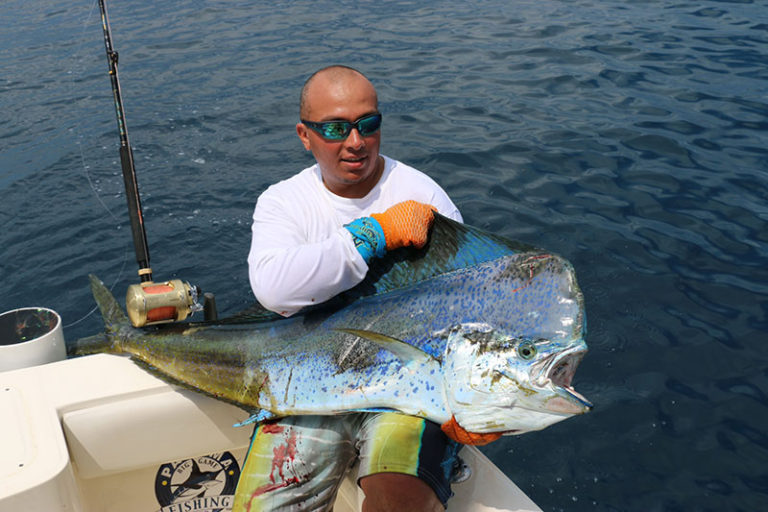 Warm and Wet August and September is when we expect the biggest blacks, which aggregate at that time to spawn. Some yellowfin are also about on the offshore hotspots of Hannibal Bank and Montuosa Island, or “Jurassic Park” as we know it. The inshore action has also been good, with cubera snapper, amberjack and the…

Marlin bite ahead of the rains We’ve enjoyed some exciting action with both black and blue marlin over the past couple of months. But the big yellowfin tuna have been sporadic, with some boats getting really lucky, and others only catching a few. Inshore fishing has been fantastic as usual, with many huge cubera snapper,…