When you’re traveling to any country for the first time, it’s natural to be a little curious about the food people eat there. Many different cultures and peoples, including the Spanish, American, Afro-Caribbean, and indigenous peoples, have called Panama home over the centuries. Because of these diverse influences within the country, the cuisine in Panama is an exciting mash-up. The fare ranges from locally exotic to internationally known.

Like anywhere, some regional dishes are unique to certain parts of the country. On the coasts, you’ll find abundant seafood and tropical fruits such as coconut. The interior of the country favors beef, pork, chicken, and root vegetables served with a variety of sauces. This style is similar to that of most Latin American cuisine. You’ll find a lot of the same dishes in Panama that you could also find in Costa Rica, Belize, and throughout the region. Furthermore, you can find the kinds of dishes that are ubiquitous in Mexico and most Spanish-speaking countries in Panama as well.

That’s not to say you can’t find unique, traditional food and drink in Panama. When you sit down to a Panamanian breakfast, you can expect deep-fried corn tortillas piled with eggs, meat, and vegetables. A cup of rich Panamanian coffee is a must with every meal. Because of the American influence in the country, an American-style breakfast is also easy enough to find. Lots of fresh fruits accompany most meals as well.

Ceviche is typically made from curing fresh, raw seafood such as fish, octopus, or conch with citrus juice. The juice from fresh-squeezed lemons or limes “cooks” the meat, which is then tossed with onions, chilis, and coriander and other spices. It’s a truly amazing dish you can find in most coastal communities around the world in one form or another. Ceviche is a favorite in Panama, and a trip to a seafood market is a must if you want authentic Panamanian ceviche. It’s available for two to five U.S. dollars at most stalls. The fish comes in fresh daily, and merchants serve up cups of the tasty treat all day. The local favorite is ceviche de corvina, or sea bass ceviche, which is served with crackers or fried plantains.

A carimañola is a versatile food that’s wildly popular as a breakfast dish or afternoon snack in Panama. At the basic level, carimañolas are breaded, torpedo-shaped yuca fritters stuffed with cheese and seasoned ground beef. Yuca, commonly known as cassava, is a woody shrub root vegetable common in Latin America. Starchy and full of carbohydrates like potatoes, cassava is the third most popular source of carbs in the tropics, behind rice and corn.

The origin of the word carimañola stems from the French word carmagnole, a short jacket worn by the working class in the late 18th century. The idea is that the cassava wraps the fillings like a jacket.

After a long day of scuba diving and deep-sea fishing for blue marlin, it’s time to kick back at the Boca Chica Marina with Panama’s national drink. Produced by the Varela family, Seco Herrerano came to be in 1908, and today it’s the most popular drink brand in all of Panama. Available almost everywhere, it’s also the national spirit of Panama. The most accurate description of Seco Herrerano is that it’s a higher-proof version of rum, just as grappa is to wine. In other words, it’s pretty much the same thing as rum, just with a lot more punch to it. It’s a strong liquor, and revelers can plan on a massive headache the next day if they don’t take it easy. The clear liquor is triple-distilled from sugarcane and often used instead of rum or vodka in mixed drinks. Expect to find it mixed with fruit juices and coconut milk in a sneaky drink called Seco con vaca. Panamanian chefs and foodies are leading a revival of the local spirit by including it in dishes and creating new cocktails with it.

Spanish speakers always laugh at the name of this dish: ropa vieja means “old clothes” when translated literally into English. It’s widely considered the national dish of Panama, but the legend of ropa vieja is even better than dish itself. The story is that a man didn’t have money to feed his family, so he shredded and cooked his clothes. As the clothes stewed in the pot, he prayed, and the clothes turned into a meat stew that he could serve to his family.

To make ropa vieja, spicy beef is stewed in a tomato sauce with onions and peppers, then shredded. It’s served over white rice cooked in coconut milk, which thickens the dish and gives it a sweet finish. Every restaurant serves some version of this amazing dish.

Sancocho de patio, or yard stew, is a wonderful chicken soup that’s perfect for a light lunch. It’s made with a combination of potatoes, corn on the cob, cilantro, yuca, and plantains and served with hot sauce, chopped onions, garlic, and oregano and a side of rice. The combination of herbs and spices makes for a wide range of flavors. One of the most traditional dishes in Panama, sancocho can differ depending on what region of the country you’re in. Some areas make it with squash, free-range chicken, seafood, or different spices. The varied ingredients used to create sancocho make it a metaphor for the racial diversity in Panama. It shows that each ingredient has an equally important part to play in the success of the stew. Locals swear by the healing powers of sancocho and its ability to cure the most severe hangover. 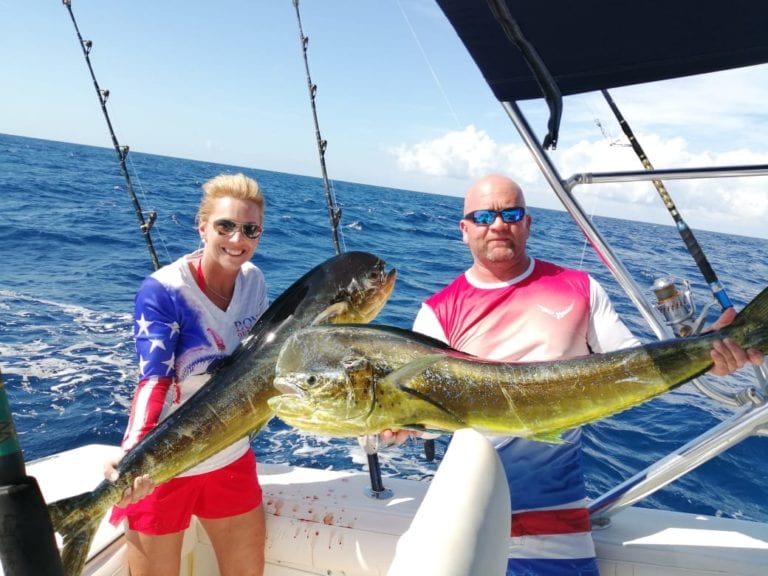 Panama may be one of the smaller countries in the world, but it’s one of the most interesting. It has a rich and varied history. Panama is home to many manmade and natural wonders. Marvels of engineering surrounded by thick rain forests and shimmering turquoise waters create a wonderful balance between the natural, modern, and…